5 images of art in Google Maps

Berita
Have the soul of art is not to be poured into the canvas, photos, or other media. Unlike the other artists, an artist uses GOOGLE MAPS as a canvas picture. By using GPS technology, he made a picture with through streets in its path. This artist named Stephen Lund. Source image comes from earthlymission.com.

1. JESUS
Inspired by the Statue of Jesus in Brazil.
Stephen through the streets and form images on google maps. 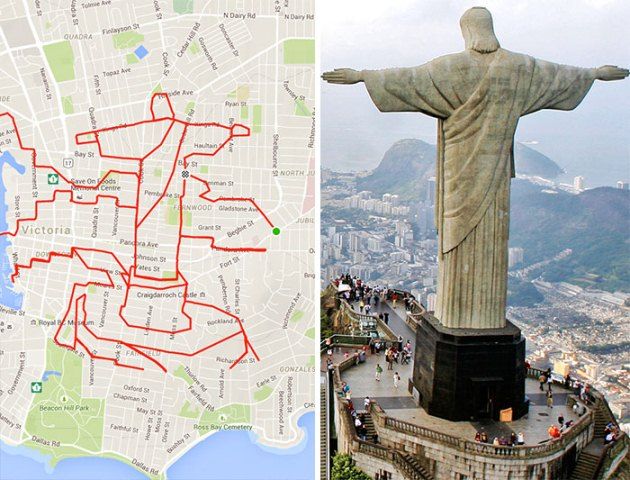 2. Lord Vader
Still remember the antagonist of this? He was in the movie Star Wars. Stephen through the streets in Canada and form this picture. 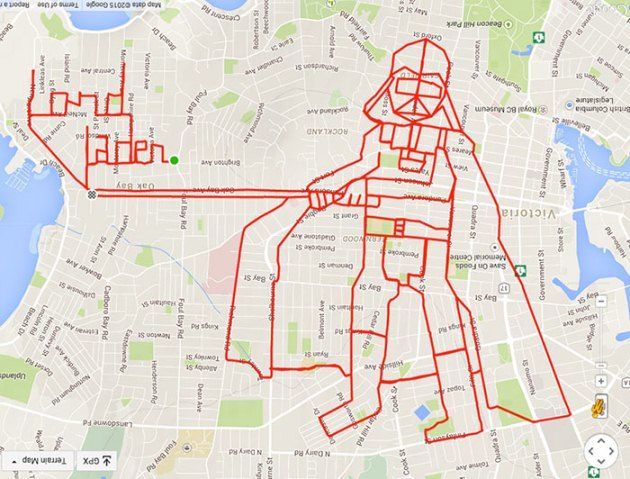 3. Queen Elizabeth
Queen of the British Empire that once ruled much of the world is also the inspiration in shaping the image that is almost similar to the photograph of Queen Elizabeth 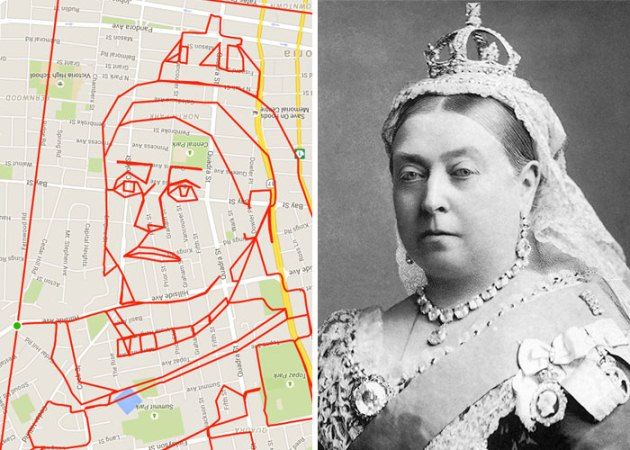 4. Daud
Statue of Daud created by Michelangelo in Italy is also drawn by Stephen Lund. 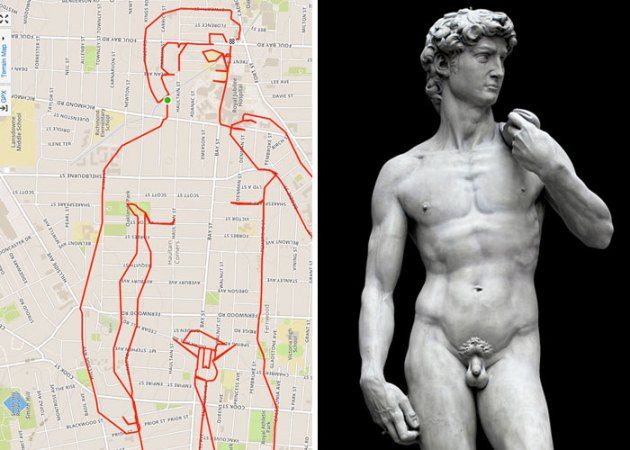 5. T-Rex
Inspired by the king of the dinosaurs. Stephen made a T-rex pictures on Google maps. 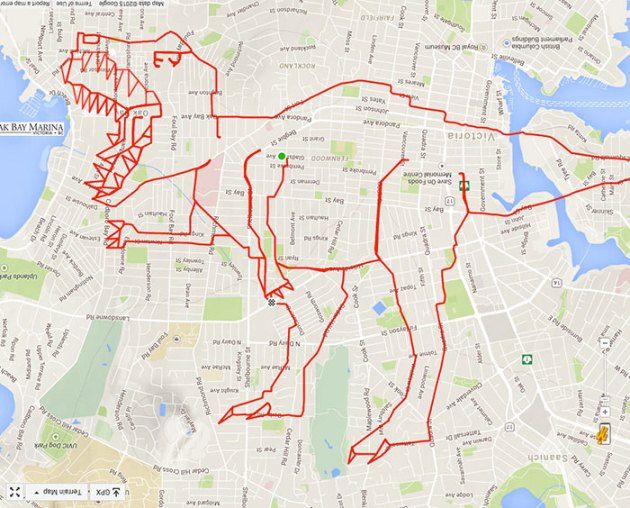